The Simeon Alumni Association (SAA) was created to upgrade and enhance the quality of the academic and social experience of the students at Neal F. Simeon Career Academy.  Alumni gather together to lend a helping hand with enrichment, mentoring, and scholastic opportunities, which provides support to the youth of our alma mater.  SAA also seeks to foster an environment that encourages and maintains relationships among graduates.

Graduating from Doolittle Elementary School, Mr. Simeon went on to graduate from Wendell Phillips HS in 1934 where he was the football captain and valedictorian.  Winning an academic scholarship to Northwestern University but instead he attended Illinois Institute of Technology (IIT), on the fast track to becoming a track star and boxer!  He received his BS in Mechanical Engineering in 1938.

As enrollment increased, Simeon was on the fast-track of becoming one of the best/fun schools, in Chicago, noted for their outstanding athletic programs and having won the City Baseball and Football Championships,1984, 2006 and 2007.

December 1963, after renovation of the third floor, Westcott Vocational HS and Continuation School moved into the building.  September 1964, the name of the high school changed to "Neal F. Simeon Vocational High School," in honor of educator, Mr. Neal F. Simeon.

Westcott was also known as Auburn Park Grammar School in honor of Oliver Spink Westcott who was a former principal and administrator, in the Chicago school system.  With the elimination of the Junior Highs, the building became a branch of Calumet HS until 1942.  During World War II (1942 - 1946), the United States Navy set-up a training center at Chicago Vocational HS (CVS) and the school was relocated to the Westcott building, where they stayed until the Navy withdrew, in 1946.

In 1962 President Kennedy asked Mr. Simeon to represent the United States at the International Fair in Lagos, Nigeria.

His dedication to the vocational training of our youth was eminent as he continued serving our youth.  Mr. Neal F. Simeon departed this life August 28, 1963 and his legacy continues to live on.. 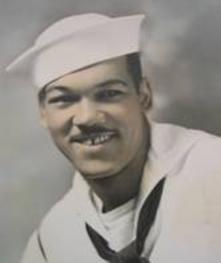 His career, as an educator, spans from teaching at Wendell Phillips Evening HS then onto Dunbar Vocational HS as a shop teacher where he served as an Administrator, Placement Counselor, Assistant Principal and Director of Special Projects, in Vocational Educational & Guidance Center.

Mr. Neal Ferdinand Simeon was born May 30, 1916, in Chicago, Illinois.  He was of Creole descent, family from New Orleans.  Mr. Simeon was a teacher, administrator and specialist, in Vocational Education.

Kroger Company donated its warehouse located at 8235 S. Vincennes Avenue to the Board of Education for the cost of $1.